We had a great time at the Dover Music Fest last weekend. On Tuesday, June 21st at 4 p.m. I'll be part of the Make Music Boston showcase which is "a free celebration of music around the world on June 21st. Launched in 1982 in France as the Fête de la Musique, it is now held on the same day in more than 700 cities in 120 countries. Completely different from a typical music festival, Make Music is open to anyone who wants to take part. Every kind of musician — young and old, amateur and professional, of every musical persuasion — pours onto streets, parks, plazas, and porches to share their music with friends, neighbors, and strangers. All of it is free and open to the public". I'll be playing at Jamaica Pond in Jamaica Plain. For more info, visit www.makemusicboston.org.

In recent weeks, I've been recording some new tunes at Seasound Audio in Plymouth with Mark Bryant who produced the Boston, Texas album. Later this month, I'll begin shooting videos for a few of the new tunes including a video that will be directed by my wife Beth and that will include several friends of ours. We're hoping to have that completed about a month from now. 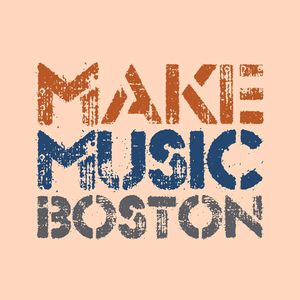